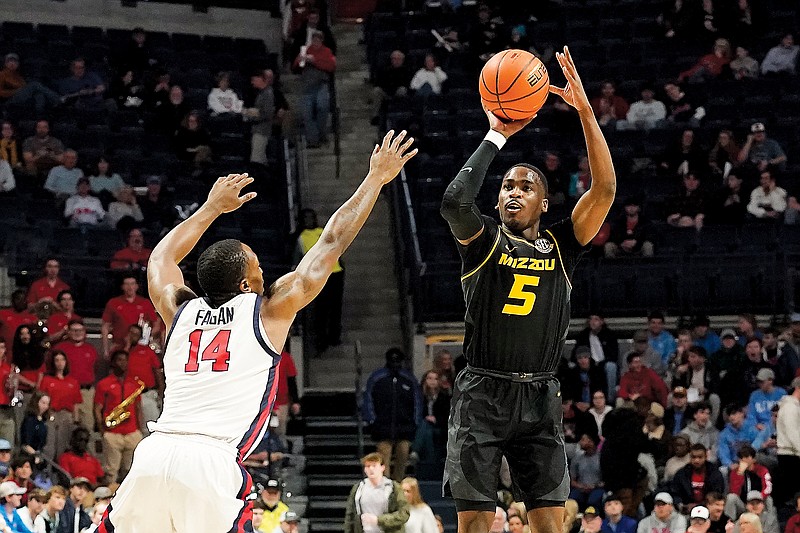 D’Moi Hodge of Missouri shoots a 3-pointer against the defense of Mississippi’s Tye Fagan during Tuesday night’s game in Oxford, Miss. (Associated Press)

Hodge made a season-high six 3-pointers and Mosley added four as the Tigers shot 53 percent from long range, with its 16 3s a program-best in a SEC game.

Missouri took the lead for good about four minutes into the game and built a 16-point first-half lead, but Mississippi closed on a 13-5 run to cut the deficit to 47-41 at the break. Hodge and Mosley combined for 27 points on 10-of-16 shooting and were 7-of-12 from long range.

Missouri finished 31-of-56, shooting 55 percent from the floor with 21 assists. Mosley and Brown each had five assists.

The Tigers led by as many as 17 points and had a double-digit lead for most of the second half.