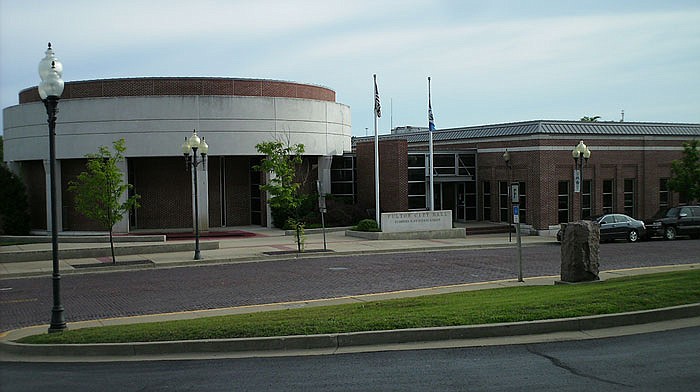 At Tuesday's Fulton City Council meeting at 6:30 p.m., the council will hear again from a Lewis-Bade representative and hear from representatives for the upcoming Juneteenth Celebration.

The city council heard from a Lewis-Bade representative at the last meeting on Jan. 10. He requested permission from the council to deviate from Fulton's two-way parking requirement for the Willow Creek Subdivision.

Vehicles in the subdivision would be able to park on only one side of the road. The roads would also be 28-feet wide, which is a deviation from the normal size of 36-feet wide.

The current Fulton City Code requires parking on both sides of the road, unless a deviation is granted from the city council.

Several councilmembers said they were not in favor of the change, although Fulton city engineer Kyle Bruemmer recommended the council to pass the request.

Councilmember Jeffrey Stone moved to temporarily table the request until the next meeting, so more information could be given. The motion was passed unanimously.

The Lewis-Bade representative will return to the meeting on Tuesday with more information about the project and the request.

The council will hear from representatives about another upcoming project. Representatives from the Human Rights Commission will request permission from the coucil in relation to the Juneteenth Celebration.

They will request permission to host food vendors and have products for sale.

The Juneteenth Celebration will be on Saturday, June 17 from noon-4 p.m. at Legends Rec-Plex. It will be free to attend.

The city council will also discuss a number of resolutions and ordinances. An ordinance about reclassifying a tract of land from A-1 agriculture to C-2 commercial was tabled at the last meeting, and will potentially be discussed again.

Two ordinances are on the agenda for discussion. One would authorize Fulton to apply for a grant under the Missouri Clean Water Law, and the other would authorize the destruction of certain city records.

One ordinance will have a first reading at the city council meeting. This ordinance repeals certain regulations in the Fulton City Code relating to streets and alleys.

Three ordinances will have second and potentially final readings at the meeting. The first ordinance on the agenda relates to airport ARPA funds, which will be used to pay for fuel and other airport-related expenses.

Another ordinance relates to the TEAP069 Traffic Study grant awarded to the city. The total amount of the grant is $12,000.

The final ordinance on the agenda relates to a city grant for runway lighting.