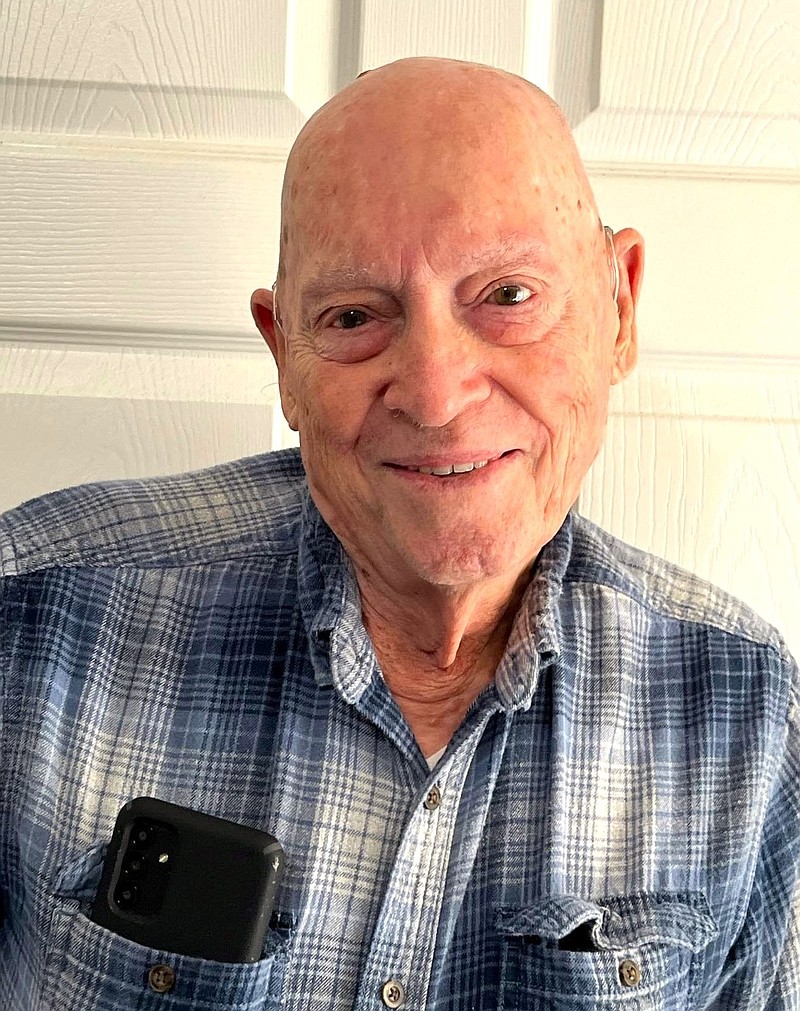 Photo courtesy Dorothy Kleindienst Walter Baumgartner, who will be celebrating his 100th birthday on Jan. 29.

Walter Baumgartner from Callaway County will be celebrating his 100th birthday on January the 29th.

They say wisdom comes with age. This man is full of wisdom and history that can give us encouragement. We all have a little concern about getting older, but meeting someone like Walter can uplift us.

I would love to hear all his stories about the days he grew up. The farming, the buggy rides, going through the great depression, and war. Hearing history firsthand from a person who has lived it, and not just reading about it. Behind his smile there is a wealth of stories and experiences to be shared.

Walter was 1 of two children born to Walter and Eula Baumgartner in Boone County, Missouri.

He never was much on schooling, preferring to be active. He started working jobs, while assisting with his farm chores.

He told of how he enjoyed life on the farm growing up. He would help his parents plant crops and take care of the cows, pigs, and horses.

Walter attended Duncan elementary school. It was a one room schoolhouse that taught grades 1 through 8th grade. When asked what his favorite part about school was, he chuckled as he stated that "the "girls" were his favorite part of school."

Walter states that they usually got around in a horse and buggy.

But his father did have a model T car that they used to get back and forth to Columbia when they went sometimes.

Walter was drafted and served in the Army Air Force from August 1942 to 1946. He served as a guard patrolman in Iwo Jimo as well. When they asked him how he felt about going to the Air Force, he said he hadn't thought much about it. But what could be a better branch for someone who was always fascinated with airplanes.

He went to Jefferson Barracks to be sworn in, then off to Leavenworth Kansas for training. After that, he was off to Florida, then to California, then on to Washington. There he stayed in a hotel for two weeks while waiting for his base to finish being built.

While in Washington, he got his guard dog Bruno, and that's where he got on the ship USS Kingsberry that was shipping out for Iwo Jima and Saipan, during World War 2.

After that he went to North Carolina, then Michigan. After serving until 1946 in the military, he came back to Missouri to Lamar, and got a job at Thorco Company.

It was during that time when he met, Ina, the love of his life, who then became his wife. He and Ina were married and celebrated 69 years before he lost her in 2016. Together they had 4 children, 2 girls and 2 boys.

He said that his favorite memories with Ina are when they would just get in the car and go driving. You don't need a lot of material things when you have love.

Another one of his favorite memories with his family is when they would all gather for a special occasion and have lunch.

His children say he always was very good at putting things together and doing it precisely right. If he had something that required reading instructions, he would lay out all the pieces, and picture the final outcome in his mind, then read the instructions as he assembled it.

Walter came back home to Callaway County in 1956. And eventually settled in a career as a maintenance man for Fulton Public Schools. He served 29 years with the school and then retired in 1985. He made many friends there over those years.

Looks like he was following the footsteps of his parents who both worked for Fulton Schools, in the Millersburg area. His mom was almost 101 years of age when she went to sleep, she was another encouraging example for us senior people.

During his life he has been an inspiration to many. Perhaps it is because he himself has always been inspired by, and has enjoyed, reading his Bible daily.

I was very humbled to learn that this fine gentleman, although he does have macular degeneration, also enjoys reading my columns.

The family is planning a get together from 1 to 3 pm, on January the 29th, at the Senior Center, on Commons drive, in Fulton. Everyone who would like to come and meet Walter, and visit, is welcome. I'm sure you will find him charming, easy to talk to, and go away feeling uplifted by him.

Thanks to his family and caretakers for sharing and helping with this story.

A special Thank you Walter for your service and congratulations on this huge milestone! Happy Birthday Walter!

A gentleman who is a friend to Everyone he meets