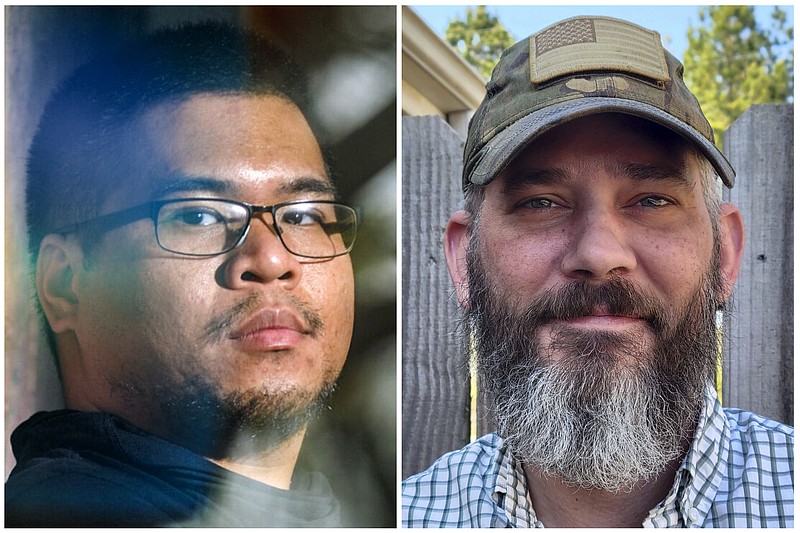 BIRMINGHAM, Ala. -- Two U.S. military veterans who disappeared three months ago while fighting Russia with Ukrainian forces were among 10 prisoners, including five British nationals, released by Russian-backed separatists as part of a prisoner exchange mediated by Saudi Arabia, officials said Wednesday.

Alex Drueke, 40, and Andy Huynh, 27, went missing in the Kharkiv region of northeastern Ukraine near the Russian border June 9. Both had traveled to Ukraine on their own and became friends because both are from Alabama.

The families announced their release in a joint statement from Dianna Shaw, an aunt of Drueke.

"They are safely in the custody of the U.S. embassy in Saudi Arabia and after medical checks and debriefing they will return to the states," the statement said.

Shaw said both men have spoken with relatives and are in "pretty good shape," according to an official with the U.S. embassy.

The Saudi embassy released a statement saying it helped secure the release of 10 prisoners from Morocco, the United States, the United Kingdom, Sweden and Croatia. Shaw confirmed that Drueke and Huynh were part of the group.

The United Kingdom said five British nationals had been released, and lawmaker Robert Jenrick said one of them was Aiden Aslin, 28, who had been sentenced to death after he was captured in eastern Ukraine.

"Aiden's return brings to an end months of agonising uncertainty for Aiden's loving family in Newark who suffered every day of Aiden's sham trial but never lost hope. As they are united as a family once more, they can finally be at peace," Jenrick tweeted.

"Hugely welcome news that five British nationals held by Russian-backed proxies in eastern Ukraine are being safely returned, ending months of uncertainty and suffering for them and their families," she tweeted.

Russian state television had previously said Drueke and Huynh were being held by Russian-backed separatist forces in the Donbas region of eastern Ukraine. The U.S. does not recognize the sovereignty of the Donetsk People's Republic and has no diplomatic relations with them, which made it necessary for others to lead efforts to get the men released.

Drueke joined the Army at age 19 after the terror attacks of Sept. 11, 2001, and he believed he could help Ukrainian fighters because of his training and experience with weapons, Shaw said previously. Drueke left in mid-April.

Druke's mother received a call from Saudi Arabia on Wednesday morning and an embassy worker handed the phone to the man, Shaw said.

"He got on the phone and said, 'Hi mom, it's your favorite child,'" she said.

Huynh moved to north Alabama two years ago from his native California and lives about 120 miles (193 kilometers) from Drueke. Before leaving for Europe, Huynh told his local newspaper, The Decatur Daily, he couldn't stop thinking about Russia's invasion.

"I know it wasn't my problem, but there was that gut feeling that I felt I had to do something," Huynh told the paper. "Two weeks after the war began, it kept eating me up inside and it just felt wrong. I was losing sleep. ... All I could think about was the situation in Ukraine."

Huynh told his fiance he wants a meal from McDonald's and a Pepsi-Cola when he returns home, Shaw said.

The two men bonded over their home state and were together when their unit came under heavy fire. Relatives spoke with Drueke several times by phone while the two were being held. 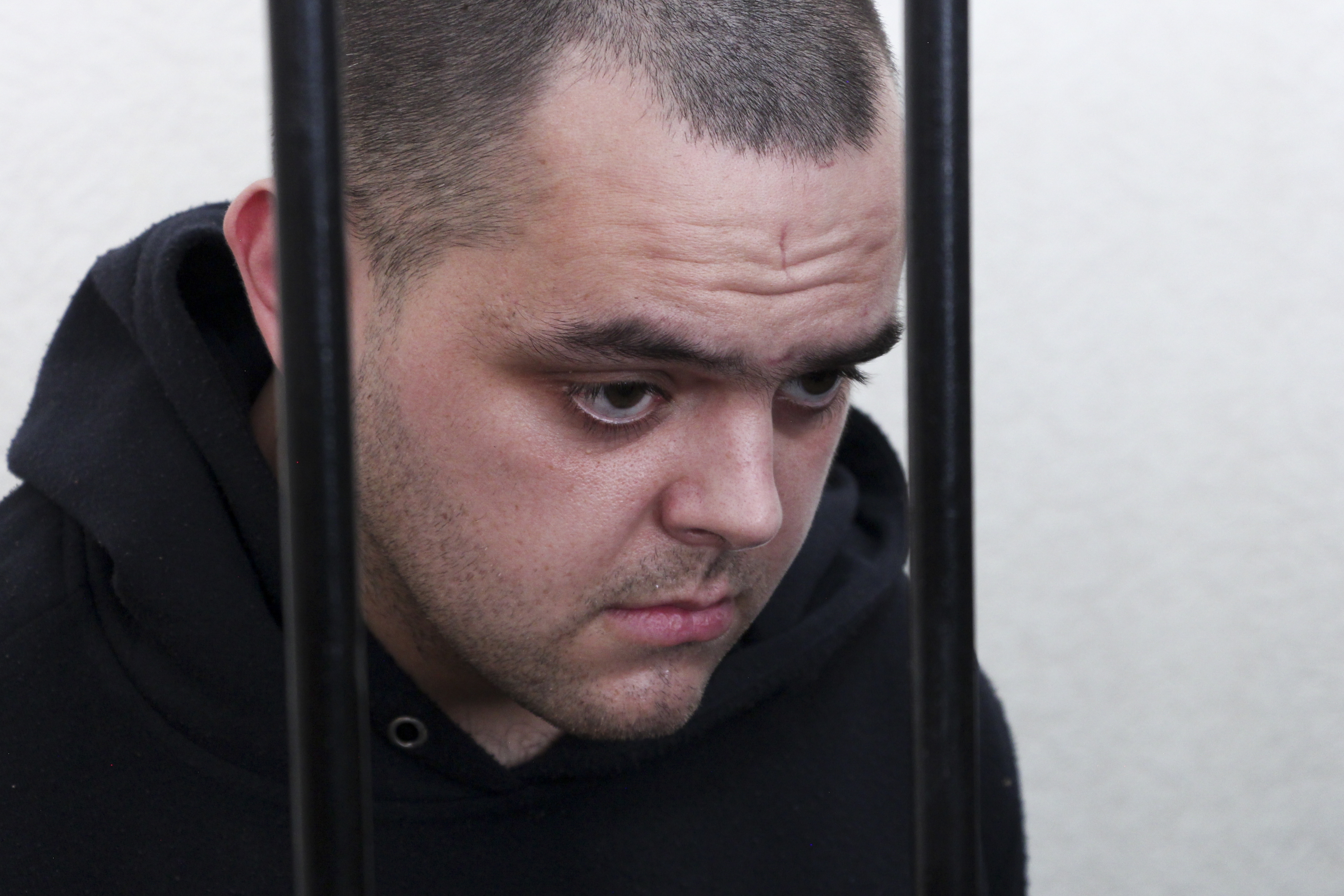 FILE - British citizen Aiden Aslin stands behind bars in a courtroom in Donetsk, in the territory which is under the Government of the Donetsk People's Republic control, eastern Ukraine, on June 9, 2022. 10 prisoners, including Aslin and two U.S. military veterans, were released by Russian-backed separatists as part of a prisoner exchange mediated by Saudi Arabia, officials said Wednesday, Sept. 21, 2022. (AP Photo, File)